Random Thoughts From People “Our Age”

[I grabbed this from somewhere and thought it was hysterical so I thought I’d share it with my readers.  I didn’t make this up, but I did edit some for language & content issues that didn’t fit into my blog format.  Enjoy!]

-I wish Google Maps had an “Avoid Ghetto” routing option.

-More often than not, when someone is telling me a story all I can think about is that I can’t wait for them to finish so that I can tell my own story that’s not only better, but also more directly involves me.

-Nothing sucks more than that moment during an argument when you realize you’re wrong.

-Have you ever been walking down the street and realized that you’re going in the complete opposite direction of where you are supposed to be going? But instead of just turning a 180 and walking back in the direction from which you came, you have to first do something like check your watch or phone or make a grand arm gesture and mutter to yourself to ensure that no one in the surrounding area thinks you’re crazy by randomly switching directions on the sidewalk.

-I totally take back all those times I didn’t want to nap when I was younger.

-Is it just me, or are 80% of the people in the “people you may know” feature on Facebook people that I do know, but I deliberately choose not to be friends with?

-Do you remember when you were a kid, playing Nintendo and it wouldn’t work? You take the cartridge out, blow in it and that would magically fix the problem. Every kid in America did that, but how did we all know how to fix the problem? There was no internet or message boards or FAQ’s. We just figured it out. Today’s kids are soft.

-There is a great need for sarcasm font. 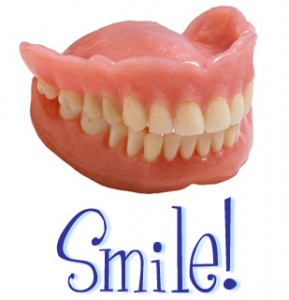 -Sometimes, I’ll watch a movie that I watched when I was younger and suddenly realize I had no idea what the heck was going on when I first saw it.

-I think everyone has a movie that they love so much, it actually becomes stressful to watch it with other people. I’ll end up wasting 90 minutes shiftily glancing around to confirm that everyone’s laughing at the right parts, then making sure I laugh just a little bit harder (and a millisecond earlier) to prove that I’m still the only one who really, really gets it.

-I would rather try to carry 10 plastic grocery bags in each hand than take 2 trips to bring my groceries in.

–  LOL has gone from meaning, “laugh out loud” to “I have nothing else to say”.

– I have a hard time deciphering the fine line between boredom and hunger.

– How many times is it appropriate to say “What?” before you just nod and smile because you still didn’t hear what they said?

– I love the sense of camaraderie when an entire line of cars teams up to prevent a jerk from cutting in at the front.  Stay strong, brothers!

– Every time I have to spell a word over the phone using ‘as in’ examples, I will undoubtedly draw a blank and sound like a complete idiot. Today I had to spell my boss’s last name to an attorney and said “Yes that’s G as in…(10 second lapse)..ummm…Goonies”

-What would happen if I hired two private investigators to follow each other?

– While driving yesterday I saw a banana peel in the road and instinctively swerved to avoid it…thanks Mario Kart.

– MapQuest really needs to start their directions on #5. Pretty sure I know how to get out of my neighborhood.

– Obituaries would be a lot more interesting if they told you how the person died.

– I find it hard to believe there are actually people who get in the shower first and THEN turn on the water.

-Shirts get dirty. Underwear gets dirty. Pants? Pants never get dirty,and you can wear them forever.

-I can’t remember the last time I wasn’t at least kind of tired.

-Whenever I’m Facebook stalking someone and I find out that their profile is public I feel like a kid on Christmas morning who just got the Red Ryder BB gun that I always wanted. 546 pictures? Don’t mind if I do!

-If Carmen San Diego and Waldo ever got together, their offspring would probably just be completely invisible.

-Why is it that during an ice-breaker, when the whole room has to go around and say their name and where they are from, I get so incredibly nervous? Like I know my name, I know where I’m from, this shouldn’t be a problem….

-You never know when it will strike, but there comes a moment at work when you’ve made up your mind that you just aren’t doing anything else productive for the rest of the day.

-Can we all just agree to ignore whatever comes after DVDs? I don’t want to have to restart my collection.

-There’s no worse feeling than that millisecond you’re sure you are going to die after leaning your chair back a little too far.

-I’m always slightly terrified when I exit out of Word and it asks me if I want to save any changes to my ten page research paper that I swear I did not make any changes to.

– “Do not machine wash or tumble dry” means I will never wash this ever.

-I hate being the one with the remote in a room full of people watching TV. There’s so much pressure. ‘I love this show, but will they judge me if I keep it on? I bet everyone is wishing we weren’t watching this. It’s only a matter of time before they all get up and leave the room. Will we still be friends after this?’

-I hate when I just miss a call by the last ring (Hello? Hello? Shoot!), but when I immediately call back, it rings nine times and goes to voicemail. What’d you do after I didn’t answer? Drop the phone and run away?

-I hate leaving my house confident and looking good and then not seeing anyone of importance the entire day. What a waste.

-When I meet a new person, I’m terrified of mentioning something he hasn’t already told me but that I have learned from some light internet stalking.

-I like all of the music in my iTunes, except when it’s on shuffle, then I like about one in every fifteen songs in my iTunes.

Why is a school zone 25 mph? That seems like the optimal cruising speed for pedophiles…

– As a driver I hate pedestrians, and as a pedestrian I hate drivers, but no matter what the mode of transportation, I always hate cyclists.

-Sometimes I’ll look down at my watch 3 consecutive times and still not know what time it is.

-I keep some people’s phone numbers in my phone just so I know not to answer when they call.

-Even if I knew your social security number, I wouldn’t know what do to with it.

-My 4-year old son asked me in the car the other day “Dad what would happen if you ran over a ninja?” How do I respond to that?

-It really ticks me off when I want to read a story on CNN.com and the link takes me to a video instead of text.

-I wonder if cops ever get ticked off at the fact that everyone they drive behind obeys the speed limit.

-I think the freezer deserves a light as well.

-The other night I ordered takeout, and when I looked in the bag, saw they had included four sets of plastic silverware. In other words, someone at the restaurant packed my order, took a second to think about it, and then estimated that there must be at least four people eating to require such a large amount of food. Too bad I was eating by myself. There’s nothing like being made to feel like a fat lard before dinner.

This entry was posted in humor. Bookmark the permalink.